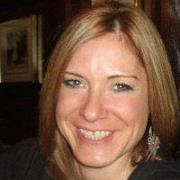 Jenny Birkett has been practising  meditation primarily in the Theravaden tradition for over 25 years. She first started attending weekly meditation classes at the age of 16, in the Triratna tradition. This prompted a life long interest and passion in Buddhism.

Jenny's interest in Buddhism, motivated her to take Buddhist modules as part of her Philosophy and Religious Studies degree. While at university, Jenny became increasingly interested in meditating more intensively and in particular, attending a silent Vipassana retreat.

In 1999, after finishing her studies and while travelling in Asia, Jenny came across Ajahn Buddhadasa's monastery, Suan Mokkh in Southern Thailand. It was there that Jenny sat her first vipassana retreat. Although conditions were harsh, the retreat made a deep and lasting impression on Jenny and she sat her next course a few months later in a Goenka Vipassana centre in Australia.

Jenny spent 10 years in this tradition, sitting and serving many intensive courses. After a long period of self enquiry, Jenny became disenchanted with the Goenka meditation technique and began to look further afield.

On the recommendation of a friend, she went to Bhante Bodhidhammas's retreat centre in 2008 and never looked back. Jenny found the Mahasi method suited her perfectly, as did the peace, quiet and intimacy of Satipanya.

Jenny conducts a weekly sitting group and has been trained in how to teach MBSR. She is particularly interested in introducing the Mahasi technique in schools and is currently working in a school in Kingsbury where she fascilitates teaching the Mahasi method to younger learners. She is also currently being trained as a mindfullness teacher by Bhante Bodhidhamma.

View all posts by: Bhante Bodhidhamma