We have now moved to employing Mark Blaxland as the day to day manager for our centre.

In the past we have had resident Facilitators. They all did a wonderful job at running the centre. Then when no-one applied for the position, we started a new way which was to ask people to come and be Assistants on individual courses. This has worked well so long as we also had Caretaker Contemplatives.

However, Bhante needs now to retire from managing the day to day demands of running Satipanya, so the Trust have decided to employ someone to be the manager. Happily Mark Blaxland, who was the Facilitator for two years and has been in charge of the food supplies and instructing visiting Assistants, has agreed to widen his remit so that he will take on all the duties that Bhante  has to deal with.

We are still very much dependent of Assistants:

In the past the Facilitator actually managed the centre. These days we have Co-ordinators. So it is that an opportunity has arisen for someone to live here as a contemplative.

The following three ex-facilitators stayed for two years and write of the benefit they received. 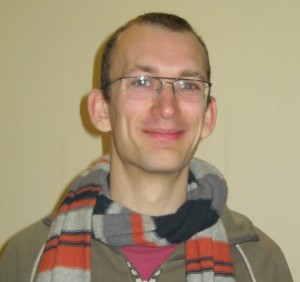 When I met first came to Satipanya to learn about meditation I was really feeling quite stuck in my life, mentally and practically and I was looking for a way forward.

When Bhante offered me the opportunity of becoming facilitator I was very grateful to both throw myself into the deep end of spiritual practice and do something I felt was really worthwhile. Knowing how much people got out of retreats I felt very positive about facilitating and having so much time to devote to my own practice in an environment where I would be surrounded by people diligently practicing.

I had considered myself the sort of person who was relatively happy in their own company, but I was scarcely prepared for how the various renunciations and demands that come with living and working in a retreat centre would show up my attachments.

As my practice brought me into contact with my suffering I often found myself fighting the compulsion to seek escape in my usual ways. I was able to practice well in sporadic bursts but as (previous facilitator) Martin pointed out to me, meditation is rather “non-addictive”, in that while there are tremendous benefits in the long run, it’s very difficult to see oneself making progress day to day.

I slowly learned the importance of practicing without lusting for some kind of result. Bhante often stressed the importance of repetition (whether in chores or in the vihara) in constantly coming back to oneself - trying to cultivate the attitude of care and attention with the everyday familiar tasks… and learning patience with myself and those around me as I succumbed to boredom, restlessness and petty irritations; it wasn’t easy to learn how responsible one is for one’s suffering without indulging in self hate. Learning to refrain from planting that second (or third or fourth) arrow in myself has been of tremendous benefit.

It’s also difficult to underestimate the value of being around Bhante,  who not only talks the talk but also walks the walk of the spiritual life. His understanding of the dhamma has enriched my life tremendously and he has demonstrated to me how it’s possible to enjoy life and to meet our suffering, with wisdom, compassion and a sense of humour.

Looking back on my time at Satipanya I realise how much I have benefited from the experience, difficult as it often was, and I’m very grateful to all the fellow travellers who I’ve met and practiced alongside. And I’m sure to keep coming back! 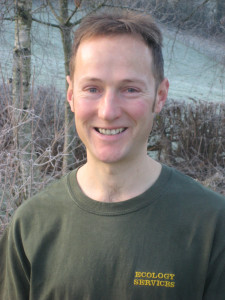 I made the resolution to throw myself into the challenge of being the facilitator at Satipanya when standing on top of Ben Nevis in Sept 2010. Noirin had prompted the idea after we had met on her weekend retreat and kept in touch via her 'follow-up' group email course. I'd never met Bhante before, but felt that as soon as I made contact then that was it. I'd already made the commitment to give myself 100% to the Satipanya cause.

I had played with the Dharma for many years, but didn’t know what I was getting into here or whether I was up to the task. A leap of faith was necessary. I also felt strongly that in my life, an intentional move into the unknown was long over due.

It is very difficult to encapsulate what I have experienced in the last two years. I will be reflecting on it for some time.

Working in a silent retreat environment naturally encouraged consistent mindfulness.  I did feel under pressure quite often, especially in my first year but as the teachings advise, I gradually took ever more careful note of the mind states that that were being constructed – often unskilful states! The sheer evidence of their fluctuating nature became more and more apparent and the over-riding message was always the same, ‘stop being so identified with mind states, carry them lightly’. From persisting with this simple practise, I feel considerable growth in self-respect and self-reliance, key themes in Bhante’s teaching.

The daily routine presented the opportunity for consistent formal practice and study. This has greatly developed my formal skills and vital interest. I'm now very keen to see what comes of my practice post Satipanya.  I have already lined up a quiet flat in Llandrindod Wells that will be ideal for a bit of meditation.

I shall return to work, as before, with Ecology Services. Coming to Satipanya was certainly never a career move - it was bigger than that.

The ideal terrain surrounding Satipanya provided escape from the intensity of the retreat environment with a regular run. This was a great time for overview, consolidating resolution and switching any unhelpful attitudes to more expansive and helpful ones - another valuable practice.

The annual calendar contains much variety, there is always something different coming online just on the horizon. I found this helpful; vitality could be maintained and the past left behind (onwards!) with short and medium term intentions set around the course dates. This allowed a regular sense of accomplishment which suited my psychology. The long summer course is the exception, but that is the manager’s rite of passage!

I have had a lot of fun with all the cooking and can remember the feeling of excitement I would have on 'Arrival Day' at the start of a retreat, especially in those  early months and I've never ceased to be taken by the energy and goodwill from everyone who comes to Satipanya. It has been an endless source of uplift that carried me along much of the time and seeing the effort that others put into the practice has been an inspiration. The benefits people clearly receive from practising at Satipanya always kept me with the clear focus that contributing to this resource has great meaning and purpose.

I am grateful to Bhante for accepting me into his vision for Satipanya. Two years ago I walked straight into a unique opportunity that was just the right level of challenge for me at the right time. It has been a big upheaval, but two years on, after a voyage of discovery, I now disembark as a stronger person and return to the world.

Well, it has been an invaluable and fruitful time, without a shadow of doubt. I don’t say it wasn’t a struggle at times, but that is more ‘rich food’ for the practice, the investigation. To have had the opportunity to live the contemplative life at this depth is a great gift indeed, and I am grateful for that.

In the absence of a lot of everyday concerns, preoccupations and distractions, and supported by the simple and gentle routine (at times manic and stressful, for me anyway!!), the world within becomes more apparent and invites reflection and contemplation without much effort at all.

That and plenty of time for formal practice and study of the Buddhadhamma has certainly enriched my understanding of this human condition. Especially in terms of dukkha. From mild unsatisfactoriness to downright suffering. Oh how I create suffering for myself!

But Bhante knows the highs and lows of living in such an environment, and encourages one to use it wisely, with time out in the surrounding countryside that is the Shropshire hills and Powys, a walkers dream.

As I look back over the last 2 years, I can measure the difference, the growth from that being then to the one that stands here today. Stretched and pulled in so many ways, boy does that hurt.

There are no regrets, only acknowledgement of the blessing this has been.

The position was first filled by John Macdougall for two years 2017-18 and then Gilbert Altrichter for nine months in 2019.

The wisdom of repetition and insecurity

At present because of the rule of the monastic order, it can only be offered to a male candidate.
So this is an opportunity for a man to come and live the contemplative life.
To devote himself to personal practice and to service.

The contemplative life has two sides.

You should be committed to meditation in the Mahasi tradition

and should want to deepen your understanding of Buddhadhamma.

There will be ample opportunity to study Dhamma

and to practice with groups and by yourself.

It is the role of the helper wherever needed.

For instance, it may be cooking when an Assistant (see Service at Satipanya)

cannot be found, gardening, fixing and so on.

It is expected that you will remain on site save for an exercise walk or occasional outing.

You are given full board and lodging. However, there is no grant offered, so you would need some saved money or private income for any other personal expenses.

There is no time limit to the agreement, save for an understanding that you intend to stay a minimum of one year. So you may leave at any time or you may be asked to leave at any time. In which case you would also need to know where you would go, should you have to leave for whatever reason.

You will find below feedback from three of the long term facilitators who stayed at Satipanya.

They played a more active role and had more responsibility than the position of a Contemplative.